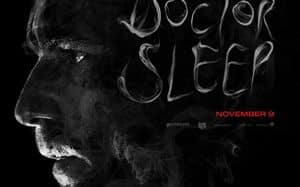 The film is based on Stephen King’s novel, Doctor Sleep, in which the action takes place a few decades after the one in The Shining, and the protagonist is the son of Jack Torrance, the troubled Danny, whose medium abilities are revealed. Due to his paranormal abilities, he gets to meet Abra Stone, 12 years old, ready to become the victim of dangerous entities.

From what I understood in the main role will play an actress of color (in the role of Abrei) which is interesting especially in the context in which Abra is a 13 year old girl with long blonde hair … but ehh I will get many insults because I am not openmind. I think if you have a book based on the movie you have to respect the character profile. It is good that Abra will not be played by a 13 year old genderless.

A “continuation” of the giant classic The Shining … hopefully the director will not deviate from the way Kubrick approached horror (the best horror of all time after my opinion).