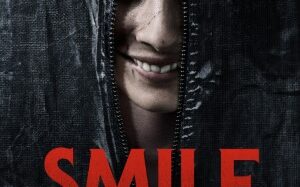 After witnessing a bizarre, traumatic incident involving one of her patients, Dr. Rose Cotter finds herself at the center of inexplicable events. Rose must confront her past, no matter how dark, in order to survive in the terrifying present. A grand old horror film of late, it has a psychological edge, something that is not necessarily new for a horror film, and it is respected. To many it would seem disappointing, and indeed it has less original aspects that leave something to be desired, but for a horror film I think it has enough, despite what the creators tried. It is made on the same model as It Follows, only that instead of sex we have traumas and smiles, but it is not as captivating and it does not have the same atmosphere. They somehow tried to maintain the suspense with some unnecessary scenes, but instead they made it too long, becoming predictable and monotonous.