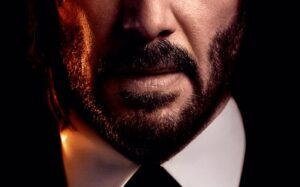 John Wick (Keanu Reeves) goes up against his most dangerous opponents in this fourth chapter of the series. With an ever-increasing reward for whoever takes him out, John faces assassins from the global elite, and the fight takes him from New York to Paris to Osaka and Berlin.