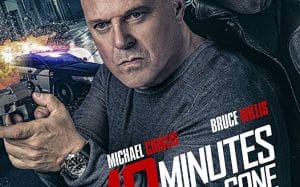 Frank Sullivan never failed in the robberies he and his gang committed. However, Frank is forced to plot a robbery for Rex, a mafia lord. Everything was planned according to the book, but something went wrong and things get complicated for Frank, from the moment he wakes up in an alley, with head injuries and without the “prey” that Rex wants. Now Frank must find the one who betrayed him and save his own skin.