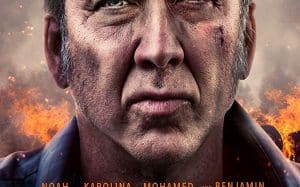 A Score to Settle

Frankie Carver (Nicholas Cage), an old mobster seeks revenge against the bosses who wrongfully put him in jail.

Diagnosed with a fatal condition, Frankie is released after 19 years. Thirsty for revenge, the man follows in the footsteps of those who wronged him. With a short time to live, Frankie desperately tries to make up for his time away from the son he left behind, while planning a bloody revenge, following the members of his former gang to make them pay one by one.

However, the only thing that makes him rethink his violent plans is the new relationship he has with his beloved son. But this relationship is created by his own imagination, because his son was killed a few years ago.