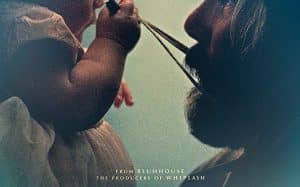 Russ Millings (Ethan Hawke) has just been released from prison after serving no less than 21 years in prison for a third consecutive conviction in the state of California for possession and trafficking of marijuana. He is trying to adapt to an unrecognizable world, in the 21 years changing a lot of things, he is even trying to use the internet and smartphones.

He finds an abandoned child in a dumpster behind the fast food restaurant, where he works as a dishwasher. Russ has no idea what to do, he is caught in the middle of the desire to save this baby, to take him home to raise him and panic, because he does not know how to take care of a baby. But Russ soon realizes that this is his chance for salvation and decides to take a risk.