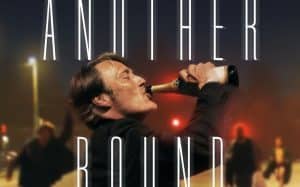 It’s not an alcohol movie, by the way. Let’s pay attention to the motto underlying the entire film, a quote from Kierkegaard, (“What is youth? A dream. What is love? The power of the dream).
So, in this key, the characters hold with their teeth the euphoria and exaltation that only youth gives you. There is alcohol here, but it could be it could be drugs, anything, the idea is that life, after a while, loses its beautiful madness, its effervescence, and the characters try their best to keep that, even artificially (through alcohol) that condition. But this artifice does not work, in fact no artifice works to maintain this state. That’s why the one with the dog commits suicide, and that’s why Martin also commits suicide (although the film suddenly stops as if on the idea of flying). Superb and cleverly chosen music for the end of the film. Great film, I was very impressed. :)