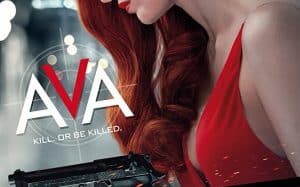 Ava (Jessica Chastain) is a highly sought-after mercenary who works for a clandestine operations organization. Ava travels the globe to find and annihilate her targets, always extremely influential characters.
Her career takes a dramatic turn when a mission fails because of the misinformation she received. With a failed mission, and already known for always questioning the validity of the targets she needs to eliminate, Ava is advised to take a break. But the head of the organization decides to turn her into a target, to make sure that nothing will turn against the company. Her father had recently died, so Ava decides to return home to Boston and try to mend her relationship with her mother and sister, Judy. Returning home proves not to be too happy, because the years of alienation have led to deep resentments. Moreover, her ex-fiancé is now in a relationship with Judy and is involved in an underground illegal betting network that Ava has known all too well since she was young. Ava must now save herself, but also protect her family from the threats that come from the most dangerous places, while she has to fight her own demons.