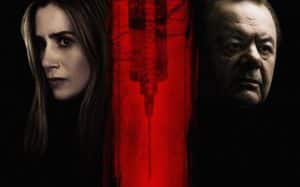 James Whitley, a sick, blurred-eyed psychopath, kidnaps four boys from a provincial town. But his grotesque desire to reunite orphans with their deceased parents is curbed when the boys escape and he is arrested. Twenty years later, Whitley escapes from prison during a fire and decides to resume his mission interrupted after twenty years in prison. Detectives Brian Larson and Erica Shotwell set out in pursuit of the fugitive Whitley after he escaped. Discovering that Brian was one of the first orphans abducted by Whitley, the police commander suspends Brian’s case, considering that he is too personally involved. Brian, however, refuses to drop the case and continues to pursue Whitley. Furious and driven by a thirst for revenge, Detective Larson chases the stubborn psychopath alone, only to fall back into the same trap he once escaped from as a child.