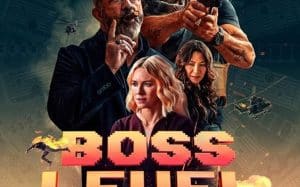 Roy (Frank Grillo – The Purge: Anarchy, The Purge: Election Day, The Gray, Billions), a special forces officer, now retired, finds himself trapped in software that takes him into a time loop where, at the end of the same day, he is always killed. Once he understands this, Roy begins an endless series of attempts to escape alive from that day, even if it means explosions, chases, spectacular falls, battles with unexpected enemies, and obviously to die again and again in the bloodiest ways. Will Roy be able to get out of what seems like a game, a sinister prank, or will he have to resign himself to the idea that every day he wakes up just to fight for his life, and lose, a few hours later?