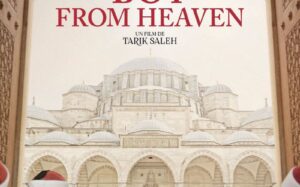 A political thriller set in Cairo’s Al-Azhar University, the epicenter of power in Sunni Islam.

Adam, the son of a fisherman, is the first in his family to receive a scholarship to study at Al-Azhar. On the first day of the new academic year, the Grand Imam collapses and dies in front of the students gathered in the courtyard of the mosque. A series of events brings Adam into the middle of relentless power struggles involving the Egyptian secret services.

Trying to infiltrate the political intrigues of the university as a spy, Adam is caught between the best interests and his real belief in a better world.