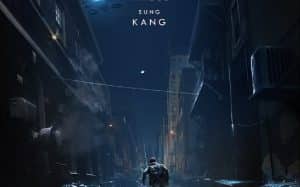 In a not-too-distant future world where people with special abilities are marginalized by society and forced into poverty, Conner Reed (Robbie Amell), a strong young man who struggles to pay for the costly treatment of his seriously ill mother , is desperately looking for jobs to cope with family expenses. In an attempt to make a lot of money in a short time, Conner decides to join the group of criminals led by Garrett (Stephen Amell), who works for a particularly dangerous crime lord. Conner enters an infernal spiral from which he no longer knows how he will come out or if he will come out alive.

The young American director Jeff Chan is entering the universal cinema market with this Canadian film, propelling a good film on the screens, with a credible script, quality filming and editing techniques. The cast includes Canadian actors, starring cousin (father) Amell, plus American actor Sung Kang (as Agent Park), a well-known actor to moviegoers in films such as “Pearl Harbor,” “Live free or die hard ”but especially for the role of Han in the series“ The fast and the furious ”. The film is made on the concept of the short film belonging to the same director, “Code 8” from 2016.