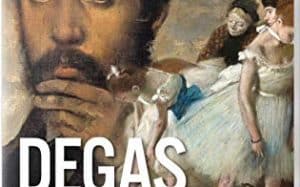 Degas: Passion for Perfection is a superb journey from the Fitzwilliam Museum in Cambridge, whose collection of Degas’s works is the most representative in the UK, up the streets of Paris. Having exclusive access to rare and diverse works, the documentary tells the fascinating story of Dgeas’s attempts to reach perfection by experimenting with new techniques and the lessons he has learned by studying past masters.

Sometimes frustrated by his own failures, Degas was consumed by obsessive principles and vision problems, but his determination to capture everyday life is evident in his every work. Never fully satisfied, many of Degas’s paintings and sculptures were kept hidden during his lifetime, but now, through careful analysis, they can be regarded as some of the most detailed and expressive works of the modern era. With the help of the written stories of friends and commentators and of the letters written by Degas himself, this documentary highlights a much more complex truth behind one of the most influential French artists of the 19th century and is a complex exploration of Degas’s mind.