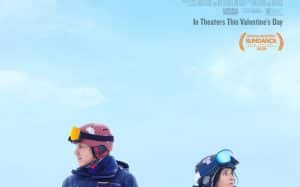 After escaping an avalanche during a family skiing vacation, a married couple faces problems in marriage, being forced to reevaluate their family life and how they feel for each other. Julia Louis-Dreyfus and Will Ferrell are the protagonists of a comedy with a poignant humor. It’s not a comedy, I don’t know why it’s described that way. It is a remake of Force Majeure (2014). As usual, the first version was better. After a stressful event in which the father acts completely surprisingly, the family splits into two camps. The film wants to emphasize the possible slippage in a marriage in which routine and boredom intervened. A gesture, maybe too little thought, selfish, uninspired … in a moment of panic, it separates the husband and father from the rest of the family … For the mother, the gesture has the effect of an uncontrolled avalanche! But, like any rolling ball, the situation leads to more and more mistakes, which will stop … in the valley, where another gesture of the husband, this time savior, will reunite the family …