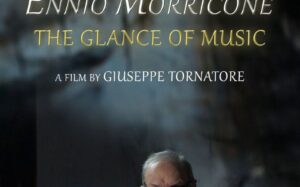 A great director is making a tribute documentary about perhaps the greatest film score composer in history. During the five years it was filmed, Giuseppe Tornatore traveled the world to talk to over seventy directors and musicians about the life and work of Ennio Morricone, from Wong Kar-wai, Bernardo Bertolucci, Quentin Tarantino, Clint Eastwood , John Williams, Hans Zimmer to Bruce Springsteen. These interviews are interspersed with excerpts from Morricone’s private life, footage from the artist’s acclaimed world tours, clips from his iconic classic films, and never-before-seen archival footage gathered from a career spanning more than 70 years .

For several years I have been looking for the biographies of people who have impressed me with something, whether they are artists or scientists. I am curious to find out what is at the basis of everyone’s performance, what was their path in life and what is the person like, (apart from of the exceptional achievements in professional life). If the filmmakers would present correctly, with love and respect for the character, without looking for scandalous elements in the lives of celebrities, without falsifying the truth – this would be a niche in cinematography that would also have artistic value , but also educational. How many artists who think they are big stars, would see what true performance means? How many young people would learn how to achieve success (not necessarily in the artistic field)? That impressed me in the biographical film Ennio. I saw it in the preview of the films at Cannes, in October and I will see it again now, when it is broadcast on the screens, unfortunately in a few locations and in a limited time. A fascinating character, with remarkable achievements in his professional life. He comp he used music of great variety and originality, he was sought after and appreciated by the great filmmakers, You can’t imagine the films from the Italian western trilogy (he was unhappy that they were called spaghetti westerns) or The Sicilian Clan or Le professionnel, etc. without his music. The true filmmakers know and recognize what they owe him (Clint Eastwood, Sergio Leone, etc.). At the same time, you are amazed to note his modesty, his apparent respect for the teacher who trained him (G. Petrassi, despite his bad opinion about the kind of film music). He filled halls with thousands of spectators who came to listen to his film music, directed or not by him, but he always remained grateful to his father (who sent him to learn to play the trumpet when he wanted to becomes a doctor), to his wife (to whom he presented the compositions in the first audition and did not hand them over to the beneficiaries without her approval), to the teachers who trained him. He had many Oscar nominations for his music and won it after many years, but continued to listen to music, to create music. Learn from the film, from professionals in the field, that, in the same film and even in the same piece of music, he composed in different styles. He liked Stravinki, so modern music, he wrote his own music .XX, but also the splendid melodious, deeply emotional music from the above-mentioned films. I have enjoyed revisiting Leone’s Italian western trilogy many times, but I have listened to the music he wrote for them many more times. Any man, any age, of any profession and from any social level, has to learn from an exceptional man like IL MAESTRO Ennio Morricone!