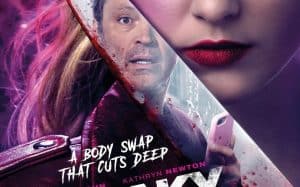 After a shocking exchange of bodies takes place between her and a demented murderer, young Millie discovers that she has 24 hours before the change becomes irreversible.
What would you do if you were a serial killer and one morning you woke up in the body of a blonde teenager? What if the teenager played by Kathryn Newton woke up in the killer’s body? And all this thanks to an ancient dagger. Yes, of course, you’ve seen something like this before, but how Vince Vaughn plays the role of the girl in this movie you’ve certainly never seen before. Give this man an Oscar he deserves.