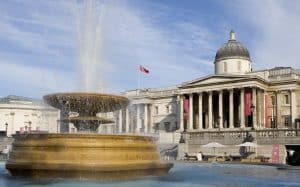 Gauguin from the National Gallery

The long-awaited 60-minute documentary about the life and work of Paul Gauguin, narrated by actor Dominic West, followed by 30 minutes filmed in an “original and brilliant” way exclusively for cinemas, of the private exhibition “Credit Suisse: Portraits Gauguin “, from the National Gallery in London.
Filmed in Tahiti, the Marquesas Islands, France and the United Kingdom, the documentary explores the artist’s extraordinary and often problematic achievements, with commentary from his followers, art critics and contemporary artists.
The film analyzes the cultural heritage left by the artist not only through the magnifying glass of art history but also through the patriarchy of those times, reevaluating the way the artist treated native women and the role he played in 19th century French colonialism.
Filmed exclusively for cinemas, in the National Gallery in London, the high definition images bring incredible details of his work, the spectators having the opportunity to see for the first time on the big screens the private exhibition of Gauguin’s portraits.