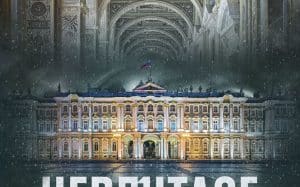 Hermitage: The Power of Art

Produced in collaboration with the Saint Petersburg Museum, which also gives the name of the documentary, Hermitage: The Power of Art presents the stories and events that have taken place on the hallways of the museum and on the streets of the city: from its establishment by Peter the Great to the splendor of the time. Catherine the Great, from the triumph of Alexander I against Napoleon, to the revolution of 1917 and up to the present.

Spectacular images will take viewers through the magnificent interior of the Winter Museum and Palace, to the Theater, to Rafael’s Lodges, to the gallery with portraits of the heroes of the war of 1812. Inside the Hermitage museum, the grandeur of European art can be traced, from Leonardo to Raphael, from Van Eyck to Rubens, to Titian and Rembrandt, while outside the walls, history is swept away by places full of memories. But the legend of St. Petersburg is also transmitted through poems, stories and novels that have portrayed its charm over the centuries.

To highlight the urban and architectural development of the city, St. Petersburg will be presented in its role during the day, as well as in the splendor during the night, with the Neva Boulevard, the waterfront landscape, the bridges, the Hermitage complex, the Bronze Knight, the Pushkin statues, the Ecaterina the Great, Gogol, and the villas from the banks of the canals, with the music and work of the great Italian architects, such as Trezzini, Rastrelli and Quarenghi, who drew the outline of the horizon.

Toni Servillo (winner of 3 Efa awards) will take us on this journey through one of the world’s most loved and visited museums in magical St. Petersburg.