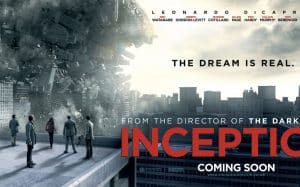 Dom Cobb (Leonardo DiCaprio) is a skilled thief, the best in the field of the dangerous art of extraction, ie the theft of valuable information and secrets from people’s subconscious while they dream, when their minds are most vulnerable.

Cobb’s rare ability gave him the status of a highly sought-after professional, of inestimable value in the complicated world of technological espionage, but at the same time made him lose everything that was more important to him and turned him into an international fugitive. . Now he is given a chance to regain everything he has lost: one last mission could restore his previous life if he succeeds in an impossible thing, the opposite of information extraction: implanting it in someone’s mind.

But a dangerous enemy follows every move of Cobb and his team, in order to prevent them from fulfilling their mission. And Cobb is the only one who could have anticipated this.