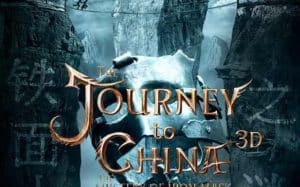 Journey to China: The Mystery of Iron Mask

Set in the 18th century, the film follows the continuous explorations of the cartographer Jonathan Green, while embarking on a scientific and supernatural journey that takes him from England to China. The English traveler Jonathan Green receives from Peter the Great the order to map the Far East of Russia. Once again, he embarks on a long journey full of incredible adventures that will eventually take him to China. The cartographer will unexpectedly face many amazing discoveries. He meets bizarre creatures, princesses of Chinese origin and confronts the terrible masters of martial arts, and even the king of all dragons: “Dragon King”. What will be stronger this time: a firm skepticism of the scientist or the old black magic that captured the power of Eastern countries?