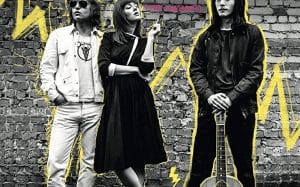 The film tells the story of Soviet rock in the late ’80s, a great star of a St. Petersburg band. A film that made festivals at the Cannes Film Festival.

Biography of the legendary Kino band with force and excitement, Leto / A rock’n’roll summer talks about protest, freedom and resistance through music.