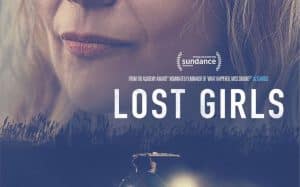 When Mari Gilbert’s daughter (played by Oscar-nominated Amy Ryan) disappears, the lack of police initiative leads her to begin her own investigation, which takes her to the closed community on Long Island, where Shannan was last seen. Her search reveals more than a dozen cases of prostitutes killed.

A film in a hurry to change the frames and actions and provide information after information to complete the picture faster. Zero in terms of subject and character development and in creating a certain atmosphere. It can be seen that Liz Garbus only did documentaries. On the hand of a Fincher, for example, something of quality would have come out of this subject because the potential is enough. Amy Ryan’s good performance is the only really positive aspect.