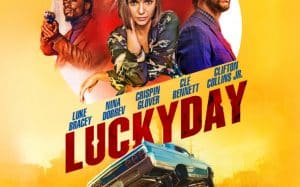 After being sentenced to two years in prison for a bank robbery that ended with the death of his accomplice, Red is finally released. His only wish is to meet his wife, Chloe, and their wonderful daughter, Beatrice. However, returning home will not be what he imagined. His probation officer, Ernesto Sanchez, monitors his every move and waits for the wrong first step. On the same day, Luc, the brother of his former accomplice, a psychopathic paid assassin, arrives in the city thirsty for revenge and with the firm intention of eliminating Red. As he tries to keep his family together, Red confronts Luc, who is determined to follow him wherever he goes, until he gets what he wants.