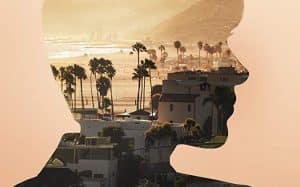 A profound and sensitive portrait of a breaking up marriage and a family that remains united. Directed by Noah Baumbach, nominated for an Oscar. With Scarlett Johansson, Adam Driver, Laura Dern, Alan Alda and Ray Liotta.

“Marriage Story”, one of the most praised productions of the year, a story about a sad reality, about the problems of a marriage that is coming to an inevitable end. The film of Noah Baumbach, a very talented and passionate director, with very good films so far (an example is the previous film, released in 2017, “The Meyerowitz Stories”), sometimes manages to look like a play, due to it. many scenes of dialogue, but also as a rare film, original and different from everything I’ve seen this year. This is due to the way it is written, filmed and directed by Baumbach. But also the contribution of the actors helps a lot in the final quality of the production.

In the “Marriage Story” we see the story of people who love each other, who admire each other even in the moments when they are together, but they have to bring their beautiful story to a desired end. The story is based on marriage, her problems and how a child counts in a future separation. The film deals with real issues, talks about situations leading to a predictable separation, the end of a failed marriage and how the characters try to share their time with their son, with the child still keeping them connected, attached and involved in their life. family. A marriage shattered by powerful pride and harmful shortcomings. Nicole, the character played by Scarlett Johansson, wants her independence, freedom, wants to feel useful in the relationship, important, to do things for her, not to feel sidelined, to have the right to personal choices. Charlie, the character of Adam Driver, has a slightly authoritarian style, a style masked by the excessive attention shown, by his kindness and the way he handles some more difficult situations. The social status makes him feel a kind of superiority over his wife, Nicole. A film that deals with how parents choose to mask a future separation, an understanding that protects their son and everything about his future.

Filmed excellent, with many superb frames, the shooting style gives the feeling of an old film, of a relationship that is easily broken, which remains in the past. Very cleverly written, the dialogue being an excellent part of the film, some scenes having long moments of discussion, scenes in which the actors play excellent and convey the emotions required by the respective situations. It shows that they deserve to be nominated for this year’s Oscars, after receiving a Golden Globe nomination today, both nominations being fully deserved. Played in great style by Scarlett Johansson and Adam Driver, but also by those who played secondary roles, Laura Dern, Ray Liotta and old Alan Alda. And the soundtrack is quite interesting, even if I wanted to be more present and transmit more.

There are many great scenes, some hilarious ones, especially a scene that happens towards the end of the movie (20 minutes before the end), a pretty funny one. There is also a scene in which the main characters have a brighter, more intense discussion, a long scene, excellent writing and perfectly played by both actors, the scene being like a moment from “Before Midnight”, a film as good and well written, the subject being somewhat similar, but quite different in approach.

An acting lesson is taught here by Scarlett Johansson and the talented life partner Adam Driver. It’s amazing how they interpret the two, in which they play so naturally, almost perfect both. The scenes between them are beautifully interpreted, moments when you see the talent of these young actors, in which it is seen that not the most successful films in the box office represent them as actors, but the films in which the stories and the characters match and allow them to express themselves passion and talent in this profession. Laura Dern surprises here, a role she was nominated for today at the Golden Globes. A deserved nomination, won due to the very good role made in this film, but also to the style by which it dominated the scenes in which her character was present. Ray Liotta also had a very good performance, but let’s not forget Alan Alda, one of the old actors of Hollywood, an actor with a very interesting and unique voice.

The film also has weaker parts, as each film has. Some scenes seem a bit exaggerated, the interpretations of actors sometimes seem exaggerated, another weaker part is the lack of a clearer and harsher conclusion to the story.

It is one of the excellent films of this year, one already nominated for 6 Golden Globes (about as many as it could get at the Oscars). Strange is that the director is not among them, Baumbach being avoided in this chapter, even though the film looks excellent and is directed with style and grandeur by the American director. Adam Driver would deserve the Academy Award for this role, but he has to “fight” with Phoenix for the statue, both of which are favorites (in my opinion). And the “Best Picture” would have a chance