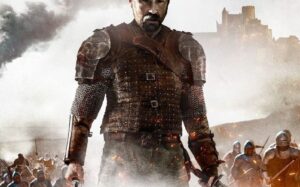 The film tells the story of the Czech ruler Jan Žižka (ca. 1360-1424), who led the military wing of the followers of the religious thinker and Catholic Church reformer Jan Hus, the so-called Hussites. Žižka is considered a very important figure in Czech history and the Czech state.

With all its problems, it can be seen that it is a well-worked film and the atmosphere of the Middle Ages is correctly rendered, a small exception would be the scene with the lion, its totally out of place and embarrassing. They wanted more action and the specific violence of those years at the expense of the story, I didn’t attached to the characters but I wasn’t bored either. I recommend it to those who are passionate about the medieval but without too high expectations.