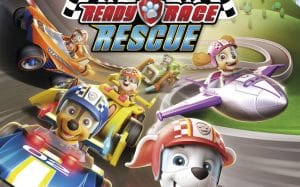 The puppies have built a super racing track, and now they are ready to be the pit stop team of their legendary racing driver, Woosh. But when he is no longer able to take part in the race, he calls Marshall, his biggest puppy fan, and causes him to drive instead! Marshall must now overcome his lack of self-confidence, and be stronger than his rival, Cheetah, in order to fulfill his dream of becoming the fastest racing racer in history!

The puppy patrol will have a counter-chronometer mission to accomplish, but that won’t stop them from being the first to solve other difficult cases, as giant balloons flew wildly from Mayor Humdinger’s parade, a spider rarely caught in his canvas, and there is no one better able to say “in places, be ready, start!” than Patrul Cățelușilor!