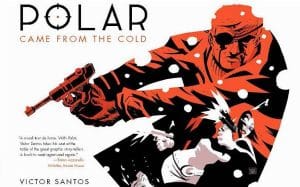 The best assassin in the world, Duncan Vizla, alias Kaizerul Negru (Mads Mikkelsen), is retiring from his job, and his former employer declares him a danger to the company. Forced to re-enter the action, the protagonist faces an army of younger and faster ruthless killers, who will do anything to eliminate him.

Hm …. vile, cold, ruthless, deadly but without necessarily being visible..that seems to me.the kind of character that fits him perfectly.The criminal genius who acts from the shadows … Le Chiffre, Hannibal, Lucas in The Hunt, by far an action hero but a remarkable role … characters that define his acting. What about Duncan Vizla? It brings me to … John Wick ….. (I ask the actor’s fans not to judge me wrong. Just my opinion .:). I like him a lot too. I just don’t see him as a McLane or a Wick) .