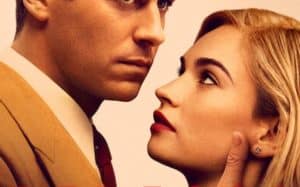 After a short love affair in Monte Carlo with Maxim de Winter (Armie Hammer), a handsome widowed man, a young newlywed (Lily James) arrives in Manderley, the imposing home of her new husband. Naive and inexperienced, she tries to adapt to her new life, but discovers that she has to fight with the shadow of Maxim’s first wife, Rebecca, an elegant and urban woman whose legacy is kept alive by the sinister housewife from Manderley, Mrs. Danvers (Kristin Scott Thomas).