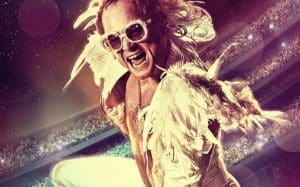 Inspired by the life of legendary musician Elton John, “Rocketman” is a musical odyssey at the confluence of fantasy with reality that combines the world of music, celebrity and fashion.

The film follows Elton from Pinner, along the road to success, addiction and suffering. Fighting with his private image, his sexuality and his childhood problems, young Elton finds a rescue in the music that propels him on the international stage. It’s motivated by an alter ego of stage, wearing extravagant costumes and seeing the world through some big, colorful glasses.

“Rocketman” leads the audience on an uncensored journey through the life of a symbol, with Elton John’s most beloved songs.