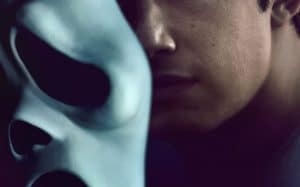 A new episode of the horror franchise “Scream”, this 5th part follows the story of a woman (Sidney Prescott) who returns to her hometown with the intention of finding out the identity of the perpetrator of a new series of savage crimes. Hello, Sidney! it will be heard again on the big screens. The film is directed by Matt Bettinelli-Olpin and Tyler Gillett and stars Jenna Ortega, Jack Quaid, Courteney Cox, Neve Campbell, Kyle Gallner. Premiere at the cinema, the film excels with more action and a little more horror than the other parts, a film that we have been waiting for a long time and that is worth seeing for fans of slasher films and especially the “SCREAM” parts!