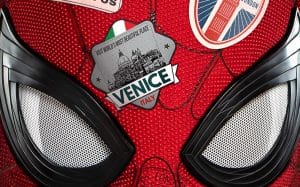 Spider-Man (Tom Holland), on vacation Europe through with friends, will be abruptly and unceremoniously co-opted by Nick Fury (Samuel L. Jackson) on a mission that will make the teenager miss the opportunity to relax with friends and Michelle (Zendaya).

From my point of view, it’s the worst-looking Spiderman character. Is he bitten by a spider but with all that power he got from that spider? Spider web is a mechanism of the costume, which is capable of doing it in many ways. (I know in bands the canvas is a mechanism, just that I’m the fan of the idea to be organic. It seems to me more logical.) It sticks to the walls due to the costume. He is robotic, he has an AI speaker who even assists him in battles. Can see in multiple images, including thermal or night vision. I do not know, I grew up with a different Spiderman. It’s just an opinion. I miss Raimi’s trilogy, where these elements did not exist, or even the two Webb movies.