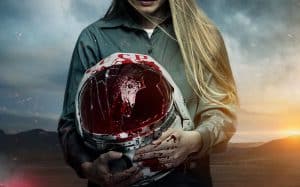 The only survivor of a space mission missed in a mysterious incident returns home, but not alone. A dangerous creature is hiding in his body.

I saw him today: successful! Someone wrote, also here, in an article, that “The Blackout”, also Russian, would be “the most awaited end of the year”. Totally wrong! There is no comparison between the 2 films in the sense that “Sputnik” is clearly superior to the one mentioned above, in all chapters (this is exactly what some will say that “Sputnik” is not really a real sf, but rather a … thriller , which is wrong considering that both films approach the sf genre through the chosen subject).
The Russians are once again giving a lesson to the Americans, and not only to them, about how far you can go, you let your imagination “fly” and not just come up with “replicas” of films that were successful at one point. So, I recommend the movie, it’s worth it!