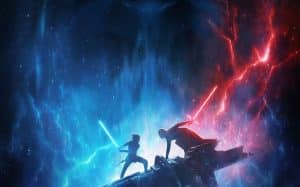 Star Wars: The Rise of Skywalker

Star Wars has become more controversial lately. But I didn’t see that as something bad. However, it is clear that the film is going in an interesting direction. De Rey can’t be sure it’s good, Ben can’t say it’s bad, and Darth Sidious’s appearance is intriguing. I hope the movie will have memorable moments and great action, but it will also make us more interested in the characters. The Last Jedi was even better than The Force Awakens. What did J.J. with that movie from 2015 that was supposed to be a revival, it came out on the back (in my opinion). And now he finishes everything, all of Skywalker’s S A G A, to see the result, whether he will be weak or excellent. So far, in the middle of summer, I say it will be a conclusion, something in between. But maybe she’ll catch that Darth Sidious, somehow.