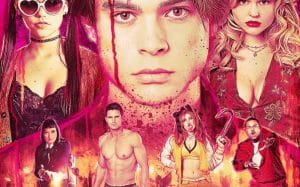 Two years after the defeat of the satanic cult led by his nanny, Bee, Cole tries to forget the past and focus on school life. But when the old enemies suddenly reappear, Cole must once again prove to be smarter than the forces of evil. Without Samara Weaving in the lead role, the film loses its importance. Bee appears out of nowhere towards the end in a relatively short scene (this time the character being a positive one) in which she saves Cole from her evil friends and disappears in the same way, but not before she does, for the last time “IT fingers “with the kid.