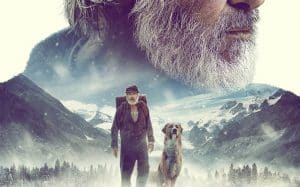 The Call of the Wild

Adapted from the novel by beloved author Jack London, The Call of Ancestors brings to life the story of Buck, a loving dog whose domestic life comes to a head when he is removed from his California home and reaches the wilderness of Alaska during the gold rush since the 1890s. As the newest member of a sled dog team, the leader of which later becomes Buck, he embarks on a spectacular adventure, eventually finding his true place in the world and becoming his own master.

The Calling of Ancestors is a revolutionary film that combines live-action with animation and manages to render the features and emotions of animals as realistic as possible through spectacular visual effects. Chris Sanders is the director of the film, the screenplay is directed by Michael Green, adapted from Jack London’s novel. The film was produced by Erwin Stoff, Diana Pokorny executive producer, and Ryan Stafford visual effects coordinator. The cast includes Harrison Ford, Dan Stevens, Omar Sy, Karen Gillan, Bradley Whitford and Colin Woodell.