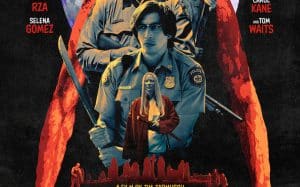 For me, it is one of Jarmusch’s memorable films and one of the best of 2019, even if in the collective memory it is and will remain considered a semi-failure of the director.
Beyond the obviously film-related stuff about society and consumerism (the joker’s pessimism seems to be just a water pistol next to the one here), the film is full of lots of jokes and allusions that you risk missing out on. some seconds. Some I caught, others I found reading later on the net, things that make me believe that, although it does not seem, everything was thought out in the smallest details.
I didn’t think that a movie could be a tribute, an experimental game at the same time, but also a great alarm signal and a more than interesting allegory. I’ve seen it separately before, but tied together so beautifully in a movie … less often.