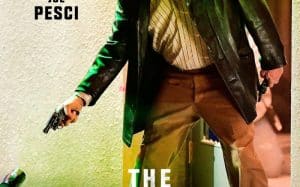 Robert De Niro, Al Pacino and Joe Pesci play in the movie THE IRISHMAN by Martin Scorsese, an epic saga about organized crime in America after World War II, through the eyes of war veteran Frank Sheeran, a crook and paid assassin who worked for some of the best known characters of the twentieth century. A story that spans several decades, the film follows one of the greatest unsolved mysteries in American history; the disappearance of the legendary trade union leader Jimmy Hoffa and presents an extraordinary journey through the hidden corridors of organized crime: how it works, rivalries and links with politics.