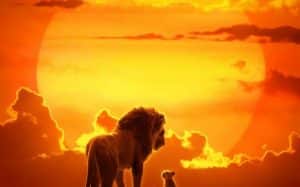 In this live-action remake, Disney takes us on a new trip to the African savanna, where a future king is born. The young lion Simba worships his father, King Mufasa, and assumes the role of future ruler. But not everyone in the kingdom enjoys coming to the world of the lion’s chicken.

Scar, King Mufasa’s brother and former contender at the throne, has his own plan for the future of the country. The struggle for authority and power in the Pride Rock Kingdom is full of betrayal, drama and tragedy, and little Simba gets to be exiled. With the help of some unusual and ridiculous new friends, Simba will fight to get back what is right of him, the savannah throne.

Actor James Earl Jones has borrowed his voice for Mufasa, as in the original 1994 film. The young leu Simba is played by Donald Glover, and Beyoncé plays Nala, Simba’s childhood girlfriend, who then becomes her partner.