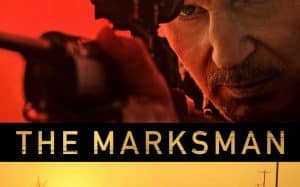 At the US border with Mexico, in Arizona, Jim Hanson (Liam Neeson), a farmer and veteran of the Vietnam War, is going through hard times. His wife has just died of cancer, and the bank is about to seize his property. Life suddenly turns upside down when two illegal immigrants, a mother with her son, desperately try to escape the path of a Mexican cartel, and want to cross the border into his lands.

After a shootout in which the mother loses her life, Jim becomes the protector of his son, Miguel, a 12-year-old boy. The two are forced to leave the farm, and run away from a threat that has now doubled, because, in addition to the members of the cartel who want to recover their “property”, there are now corrupt police officers on their trail.

A relationship that begins with mutual contempt and resentment will eventually turn into one of understanding and compassion, as Jim will fully assume the role of Miguel’s heroic protector, and nothing will be able to stop him from the plan. to take the child to a place where he would never again fear for his life.