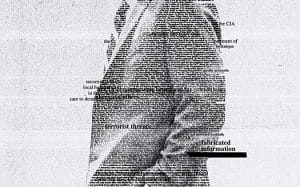 Following the 9/11 attacks, CIA agents are trying to use extreme interrogation tactics on those they believe are behind them. Senate member Daniel Jones is appointed to conduct an investigation into the CIA’s Detention and Interrogation Program. After analyzing extensive evidence, he discovers that the CIA Detention and Interrogation Program has proved brutal, immoral and inefficient. When Jones and the Senate Intelligence Committee try to expose the results of his investigation, the CIA and the White House are making great efforts to prevent the truth from being revealed. With the truth in the game, Jones fought tirelessly to make public what many sought to keep hidden. The Report (2019) is a thriller based on real events that reveals how far the CIA has come to destroy evidence and hide a shocking secret from the American public.