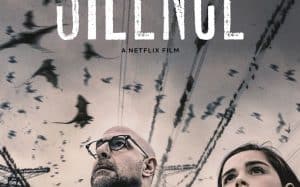 With the world under siege by murderous creatures that hunt for sound, a teenager and her family seek refuge outside the city and encounter a mysterious sect.
A film with a not very original subject considering that there have only been at least 3 similar films in the last decade, with various blind creatures that were guided only by hearing in finding the sales, respectively the people. However, the film manages to detach itself somewhat from previous productions through the changes that take place during the action, offering the viewer moments of suspense. It is a film made in the pattern of “A Quiet Place” and “Bird Box”, only clearly superior: at least here you have the opportunity to see not only once, but several times, what the monsters that cause so much panic and terror look like, on when you barely see them in the other two movies mentioned. Not to mention the idiotic and useless “stress” you are subjected to by the 2 movies mentioned that were the basis of the one we are talking about now. So, in my opinion, this is a much more successful film and for which I would really like a sequel. My opinion, of course.