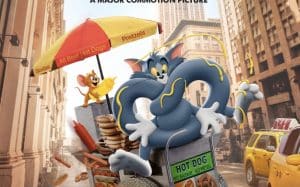 Tom and Jerry, directed by Tim Story, begins when Jerry moves to the most luxurious hotel in New York on the eve of the “wedding of the century”, forcing the desperate planner of the event, young Kayla, to hire Tom to get rid of mouse. The ensuing fight threatens to destroy her career, the wedding and, consequently, the hotel itself. But soon an even bigger problem arises: a diabolical and ambitious employee conspires against the three.
A mixture of classic animation and live action, the new adventure on the big screen of Tom and Jerry brings the legendary characters to a new field and forces them to do something unimaginable: to work together to save themselves.