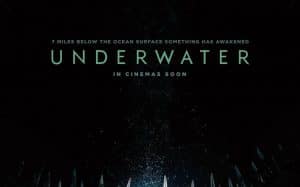 A crew of underwater researchers must head to safety after an earthquake destroys their underground laboratory. All this while mysterious creatures terrorize crew members aboard the research station seven miles below the surface of the ocean.

Tian Corporation owns underwater laboratories somewhere in the Pacific Ocean. There is an earthquake and 6 survivors remain on the station, including a blonde and short-haired Kristen Stewart, and the well-known French actor Vincent Cassel. All good and beautiful after the earthquake only that at the bottom of the ocean the 6 give some immense extraterrestrial creatures capable of eating a man with an underwater suit on him. A successful and very intense SF, in the end you only have 5 numbers to play in the lotto: 26, 15.13, 8 and 4.