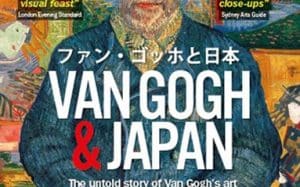 “I envy the Japanese,” wrote Van Gogh to his brother Theo. In the exhibition underlying this film – VAN GOGH & JAPAN at the Van Gogh Museum in Amsterdam – you see exactly why. Although Vincent van Gogh has never visited Japan, it is the country that has influenced him most profoundly, both artistically and artificially. You can not understand Van Gogh without understanding how the Japanese art came to Paris in the middle of the nineteenth century and the profound impact it had on artists such as Monet, Degas, and especially Van Gogh.
Visiting the Japanese art galleries in Paris and then creating his own image of Japan – through in-depth research, material collection and in-depth discussions with other artists – meeting with Japanese art gave Van Gogh’s work a new and exciting direction. After leaving Paris to southern France – to what he considers to be the most similar place possible with Japan – the productive years and the ensuing trials must be seen in the context in which Van Gogh modeled Japanese influences at his own will and defined as a modern artist with Asian precursors. In this less-known story about Van Gogh’s art, it is illustrated exactly how important the study of Japan was in the life of the artist.
The documentary is filmed not only in France and the Netherlands, but also in Japan, exploring the cultural heritage that has so much influenced Van Gogh and transformed it into the artist we know today.