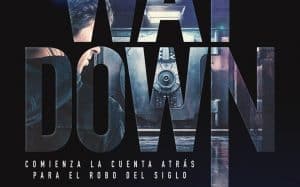 The Bank of Spain is unique. An absolutely inaccessible bank. A bank that no one could ever rob. There are no bank plans. There are no maps. Nothing about the safe design system. It is an absolute mystery. In addition, the head of security guards the bank as his own life. This is the challenge that ignites the interest of Tom, an engineering genius, who is determined to find out the secrets of the safe, and to penetrate the depths of the bank. The target is a long-lost treasure, which will be brought to the bank’s safe for just ten days.

Led by Walter, an art expert, the team has only ten days to prepare the robbery and manage to get out of there. Ten days to set up the plan, and only ninety minutes to implement it: the ninety minutes of the Spanish national team’s World Cup final match, which will keep the attention of the thousands of fans who will gather to watch the event on the giant screens located right in front of the Bank of Spain. The countdown has begun.