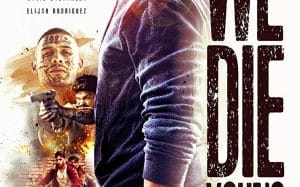 The film focuses on the struggles of gang life in Washington DC, following the story of a 14-year-old boy, Lucas, who was seduced by the life of gangsters. Lucas starts working for a dangerous dealer, but despite this, he does his best not to follow his 10-year-old brother the same way. When Rincon, a ruthless drug lord and MS-13 gang, recruits his brother, Lucas is desperate to keep Miguel safe. Fleeing for their lives, the boys are rescued by a former war veteran, Daniel. When the former veteran arrives in the neighborhood to fulfill an old promise, an unexpected opportunity arises that will change their lives forever.