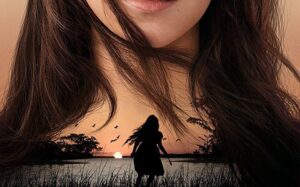 Where the Crawdads Sing

Abandoned by her family in the early 1950s, Kya had to fend for herself. She learned to read and write with the help of her boyfriend, Tate Walker, with whom she fell in love, but who left her behind when he left for college.
Now, Kya lives in a swamp in North Carlina and is known by the locals of Barkley Cove as “the swamp girl”. When a man she once had a relationship with is found dead, clues lead investigators to Kya, who becomes the prime suspect.

Where the crayfish sing and where the crayfish unfold, I would add. A screen adaptation of the successful novel by Delia Owens, printed in over 12 million copies worldwide. The story is one of love between a girl named Kya (not Cheia, attention!!!) abandoned by her parents and living alone somewhere in the swamps of Carolina, and 2 boys from the neighborhood. A blond named Tate who teaches her to read and write and who leaves her after a while (he moves to the city) and another villager, Chase, who uses her, beats her and deceives her, and which ultimately ends tragically. What are you left with after such a film? With the choices you make in life. And with a Daisy Edgar-Jones, the new star of English cinema, wonderful in the role and who is in the second important film of her career after Fresh (where she even gives the line to the novel Sebastian Stan) Oh, and last but not least with the wonderful song from the credits sung by Taylor Swift (Carolina)