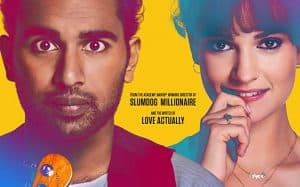 Jack Malik (Himesh Patel) is a singer from an English summer town, whose modest fame evaporates quickly, despite the support of his devoted childhood friend, Ellie (Lily James). But after a bizarre bus crash during a global electric feat, Jack wakes up that The Beatles have never existed, and then comes an idea that will make life very bad.

Jack begins to sing the songs of the greatest bands in history in a world that has never heard of it, and, with a little help from his American agent, Debra (Kate McKinnon, Emmy laureate), his fame explodes. But as he becomes an adult megastar of more and more people, he risks losing Ellie, the only one who has always believed in him. Because the door between his old life and the new one begins to close, Jack finds himself forced to return where he felt his place before, and to prove that in life you need nothing but love.